Arnos Vale Cemetery Trust, Bristol, looks after a natural conservation area and and heritage site with 31 Grade II listed buildings and monuments. My work as Development Manager was to maximise the opportunity of the Heritage Lottery Fund's 'catalyst' matchfunding during the last 12 months of its 4-year pledge. Twice the amount of the previous three years' average funds were raised during my one-year, part-time contract.

The on-site communication, when I started work, gave a confusing message: misleading banner headlines began "£500,000 has been awarded..." before clarifying that this money was a matchfunding pledge reliant on AVCT raising the same amount. I created on-site messaging to position the cemetery as a valuable, inclusive and welcoming community resource (donors are more motivated to give to people more than to things!) – much of the original appeal focused on the Cemetery's earlier rescue and restoration need. These posters appeared on-site at the same time as new signage that included a suggested donation to enter the free site. Donations in the on-site donation boxes increased by 30% in the first two months.

One donor, who gave £1,000 to the appeal, said she had done so as a response to the A1 posters shown above (which were displayed near the café). To thank her, I invited her to a 'breakfast bacon-butty tour' – she later encouraged two of her siblings to donate a total of £1,500. 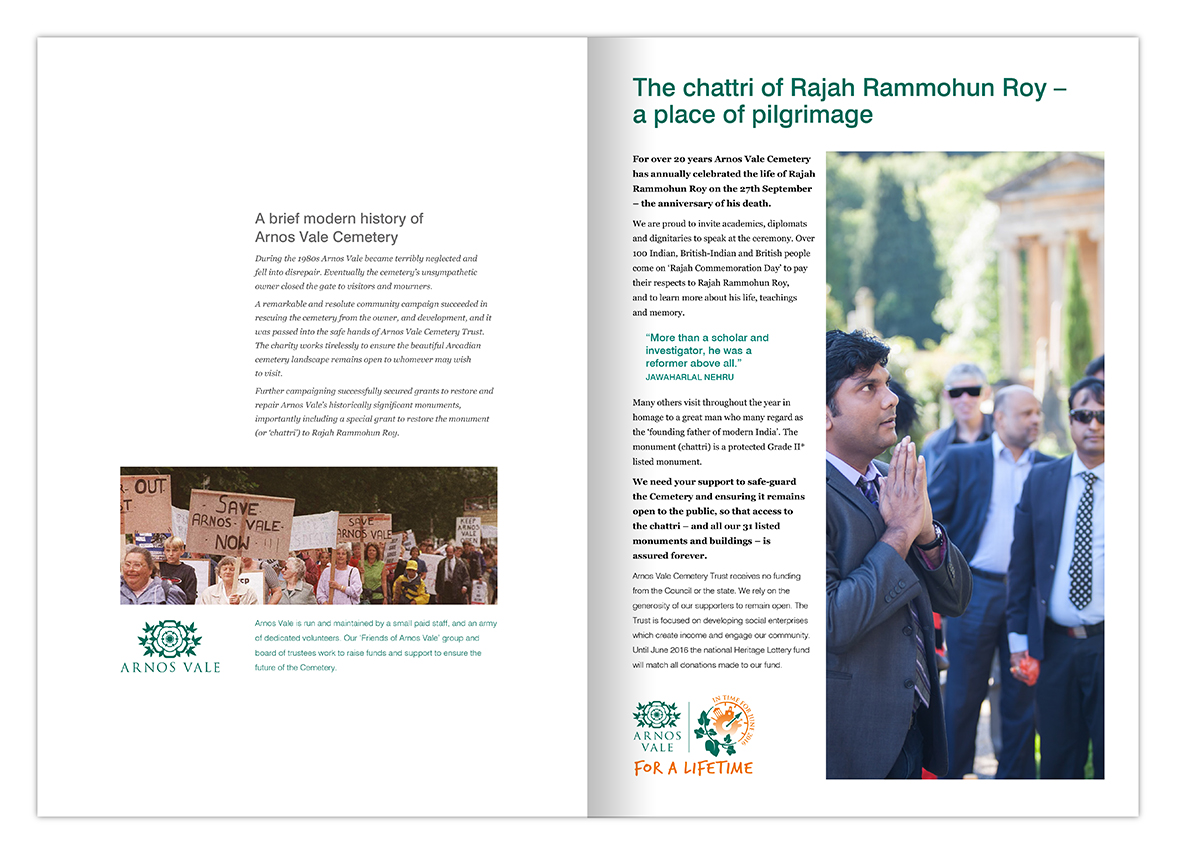